This is the first part of several blog posts sharing what I learned during my visit to Finland May 3-14, 2013.

You know that feeling you get in the pit of your stomach as you near the front of the line to ride that scary new roller coaster for the first time?  That’s the best way to describe the feeling I had stepping on to British Airways flight 268 from LAX to London – the first leg of two flights that would take me to Helsinki, Finland. I was full of anticipation and excitement, mixed with a little anxiety. This would be my first ever trip to Europe. After months of mental preparation it was actually happening.

So why Finland? And why was I using my full allotment of personal days and spending my own money to jet off for 11 days in the middle of May? My good friend Janet English (http://eltorofulbright.blogspot.com/) has been in Finland since January on a Fulbright Scholarship studying how Finnish schools teach problem solving. Her project has her visiting schools and interviewing students & teachers all over Finland to get their story. For the last several years Finland schools have been the focus of world attention because of their students high scores on the PISA, an international test that “looks at students’ ability to apply knowledge and skills in key subject areas and to analyse, reason and communicate effectively as they examine, interpret and solve problems.” (http://www.oecd.org/pisa/pisafaq/)  When she invited me to join her on an adventure north to visit schools in Lapland, how could I refuse?

I arrived in Helsinki at 11pm local time Friday night. This gave me two nights to adjust to the 10 hour time difference and explore Helsinki before leaving for Lapland. It is a fascinating place and fun to explore. I’m embarrassed to admit that I am fluent in just one language while most Finns speak two or three. When I tried to use some of the VERY limited Finnish I learned online and on Youtube, most people just smiled and answered me in English.  The Finns are very gracious.  By the way, the World Hockey Championships (iihfworlds2013.com) just happened to be starting in Helsinki the day I arrived so finding something to do on Saturday was not an issue. Go Team USA (“Ooo, Ess, Ahh” in Finnish!) 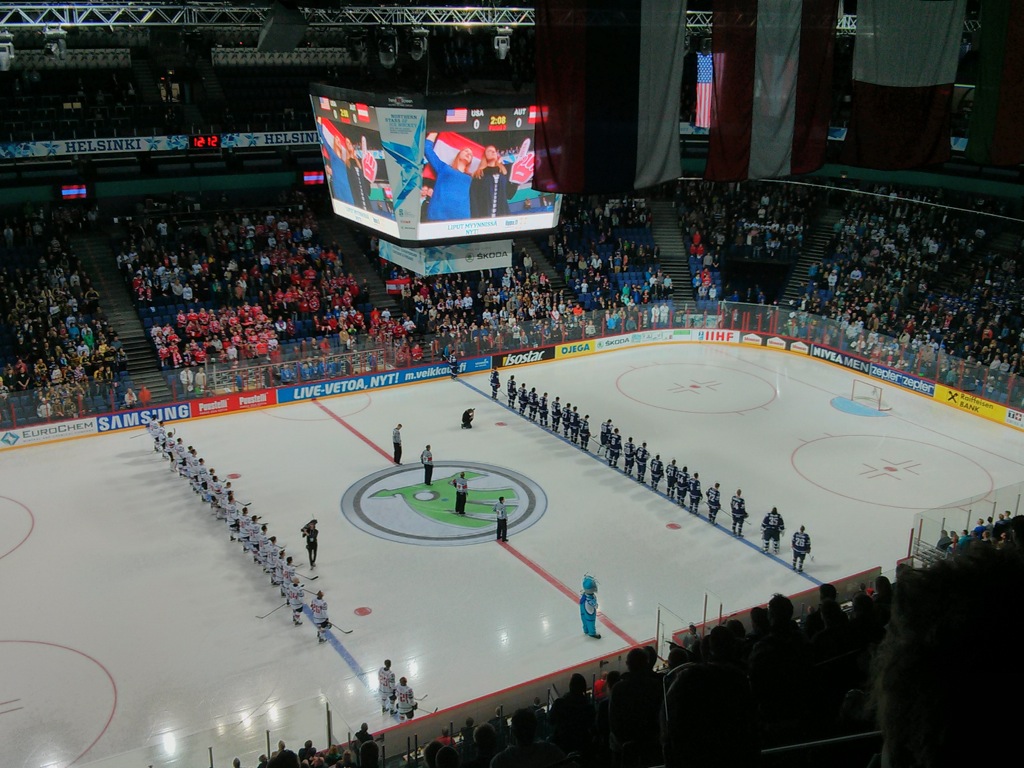 Janet arrived in Helsinki Sunday afternoon, just in time for dinner and another hockey game. Monday morning our adventure to Lapland began. We flew to Ivalo, which is about as far north as commercial airlines will take you in Finland, then drove another two hours north from there to Kevo Subarctic Research Institute (http://www.kevo.utu.fi/en/). This would be our “home base” the next week. Since Kevo is 350km north of the Arctic circle we were blessed with 24 hours of daylight. While the sun would dip below the horizon for a couple of hours it never really got dark. In another month, it won’t even set, but rather just make a 360 degree circle around the horizon. 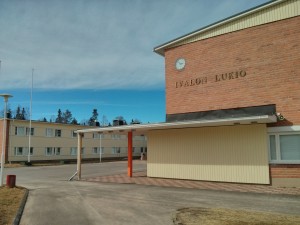 The next day we were off on my first school visit, a small Jr/Sr High School in Ivalo. As soon as we arrived the difference between Finnish schools and US schools was evident.  Doors were unlocked.  We just walked in. I admit I was a bit uneasy as we walked the halls. With security such a big issue in US schools, I couldn’t help but feel we needed so sign in somewhere, get a badge, or be escorted by someone official. Janet assured me we were fine. Finnish schools are open like this. When we finally met the school administrator with whom we had arranged our visit I was much more at ease – even though I really had nothing to worry about.

She brought us to the English class. Finnish students start studying English in first grade. One the high school students gave us a tour of the school and answered our questions – in English of course. Once again I felt a bit humbled that I only speak one language. We toured the school, observed math, chemistry, and art classes, and joined the Finnish teachers at their table in the cafeteria for lunch. Students here have a lot more independence than their American counterparts.  In this school, they have their own student lounge with couches and coffee. Students (age 15-17) who travel more than 50km to school stay overnight during the week in a building adjacent to the school. There they take care of themselves, even preparing their own meals. 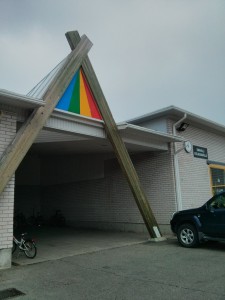 The next day we visited a smaller school in Utsjoki – at the very top of Finland.  Here we met with their science teacher, a very talented yet humble man. He shared how his students learn principles of science by studying the outdoors right around them. They learn about biology by studying their own environments and how they survive and interact with it. We also met and spoke with a Sami teacher, a native Laplander, who teaches the Sami language to students at their school and others using their distance learning classroom. For lunch we enjoyed a delicious salmon soup in the cafeteria, and then met with students in the English class.  There we talked with them, in English, about life in Southern California. Our life is quite a contrast from theirs.  They wanted to know about Los Angeles, earthquakes, and life a metropolitan area that has more people than their entire country.  It was a good opportunity to let them hear that there is more to America and Americans than just what they see in the media.  Conversely, their lives are quite different from anything I could imagine growing up.  One of the students in the class actually works as a reindeer herder.  I suppose the definition of “fast food” is a little different here, but that’s not a bad thing.  In fact I found reindeer quite tasty.

4 thoughts on “Why Finland?”